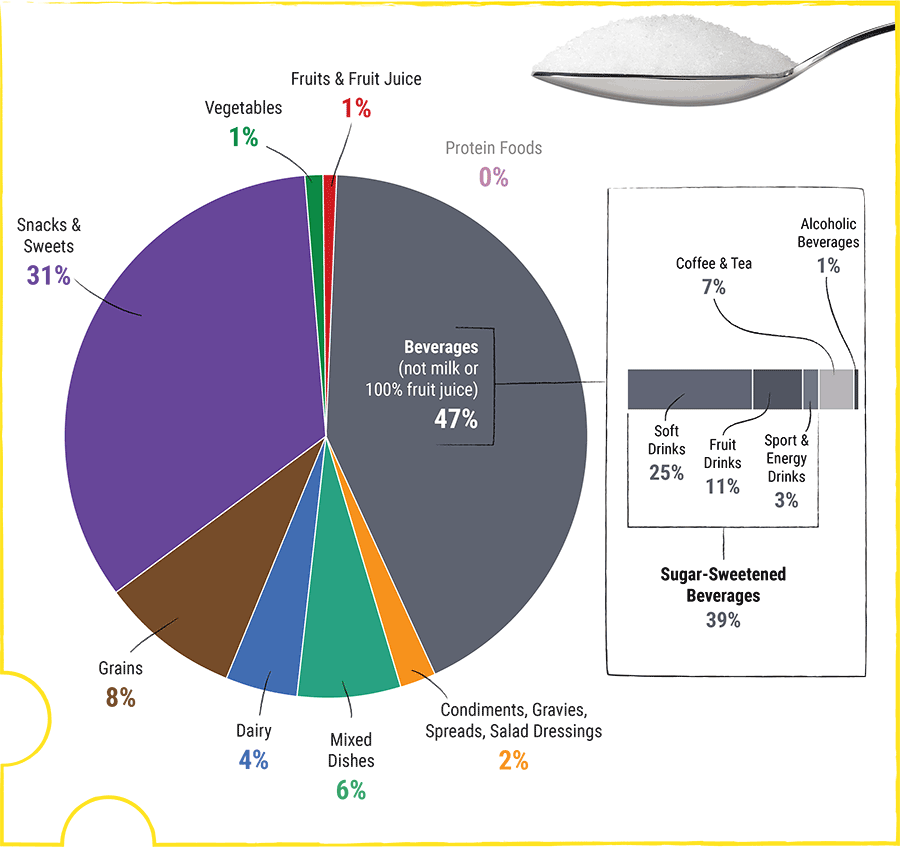 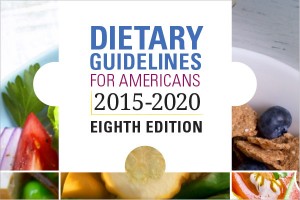 This week, the USDA announced new dietary guidelines. We, at Altman Dental, are always interested in what the government is telling the public about food, especially sugar (which we see as a huge problem for our patients).  Every 5 years the government is required to reassess our national standards. The new guidelines state that Americans should eat more vegetables, less saturated fat, less sugar, and for the first time; state that men and boys should be eating less meat and eggs. The panel’s original guidelines specifically advocated for a more plant-based diet to decrease environmental impact and increase health. This was cut out of the final guidelines.

Stated in the New York Times, “These dietary guidelines are virtually identical to those of the past 35 years, during which time obesity and diabetes have skyrocketed,” said Nina Teicholz, an investigative journalist and Nutrition Coalition board member. “Given the same advice, it’s not clear why we should expect different outcomes.”

So what gives? Nutrition advise as stated in the Times article, hasn’t changed much at all. What has changed is verbiage. There are many interests that try to create a confusing environment surrounding nutrition. Make no mistake about it. It’s a highly political system. Basic nutrition advise has always been to eat more fruits, vegetables, whole grains, and a predominantly plant-based diet. However, industry does NOT like this message and is highly involved in the verbiage when it comes to guidelines. For example:

Why are these not clear? Previous Dietary Guidelines recommend actual foods when they suggest “eat more” (such as fruits, vegetables, legumes, whole grains). But they switch to nutrients whenever they suggest “eat less” (meats, processed foods, soda, dairy).

In the 2015 Dietary Guidelines (taken from Marion Nestle’s article),

Instead of stating-don’t eat foods high in sugar or don’t drink soda, don’t eat meat, don’t eat eggs, the standards are now listed as “eat as little as possible” or “less than 10% of your calories from saturated fat and sugar”.  Other word changes are from “eat less” to “choose a diet low in…”. This is very difficult for most Americans to understand. 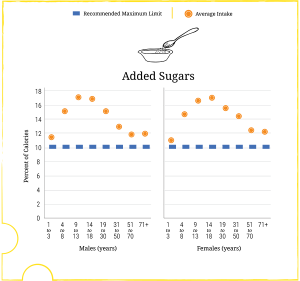 What does this mean for sugar? If we’re told that less than 10% of calories should come from added sugar, we can calculate that to mean no more than 200 calories, based on a 2000 calorie/day diet.  What does that equal? Again-the guidelines make it difficult for people to calculate. Making it harder still, labels report sugar in grams, and guidelines are often in teaspoons and percentages in America (sugar is the ONLY nutrient on a food label not reported in percentage!). For every 1 g of sugar-that’s 4 calories. So 200 calories of sugar equals no more than 50 g of added sugar per day. As a guideline, there’s

So, as Americans we should take away this. Dietary advice hasn’t changed much. We are still recommended to eat more fruits, veggies, and less cholesterol, sodium, sugar, and saturated fat. How you interpret these standards, is up to you to read between the lines.

If you want to read more on how the food industry influences these guidelines, I highly recommend you read Marion Nestle’s book on Food Politics!

For recipes on how to eat a more plant-based diet, low in sugar, no added cholesterol, and low/no saturated fat-join me over at www.gardenfreshfoodie.com, where I’m always cooking up some healthy treats that are devoid of saturated fat, cholesterol, and added sugars, and are low in sodium.

Here’s to healthy meals without added fats and sugars!